The Elf on a Shelf

The Elf on a Shelf is a very new Christmas 'tradition'. The Elf first made its appearance in the book "The Elf on the Shelf: A Christmas Tradition" in 2005. (This site was started in 2000, so this site is five years older than this new 'tradition'!) 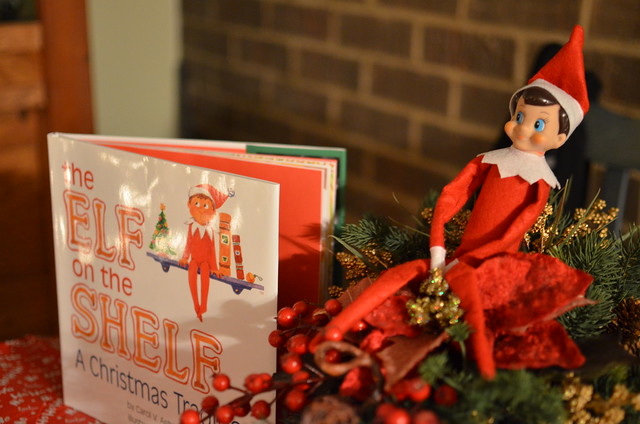 The book was written by Carol Aebersold and her daughter Chanda Bell and is based on a family tradition that Chanda and her sister, Christa, had when they were growing up in Georgia, USA. Carol Aebersold had an elf doll that would 'magically' appear in a different part of the house every morning running up to Christmas. Chanda and Christa were told that the Elf was watching them and it would tell Santa if they'd been naughty.

In 2004 the book was written, telling the story of the Elf being sent by Santa to watch over Chanda and Christa, and it was published in 2005. The official book Elf on a Shelf book comes with an Elf. There are two rules with the elf: You can't touch the elf or it will lose its magic and that the elf moves when children are asleep.