The History of Christmas Crackers

Christmas crackers are a traditional Christmas favorite in the UK. They were first made in about 1845-1850 by a London sweet maker called Tom Smith. He had seen the French 'bon bon' sweets (almonds wrapped in pretty paper) on a visit to Paris in 1840. He came back to London and tried selling sweets like that in England and also included a small motto or riddle in with the sweet. But they didn't sell very well.

In 1861 Tom Smith launched his new range of what he called 'Bangs of Expectation'!

Legend says that, one night, while he was sitting in front of his log fire, he became very interested by the sparks and cracks coming from the fire. Suddenly, he thought what a fun idea it would be, if his sweets and toys could be opened with a crack when their fancy wrappers were pulled in half.

However, looking into the history of the Tom Smith company, it's thought that Tom actually bought the recipe for the small cracks and bangs in crackers from a fireworks company called Brock’s Fireworks. The story of him sitting by the fire was probably added to help sell his new items.

Crackers were also nicknamed called 'cosaques' and were thought to be named after the 'Cossack' soldiers who had a reputation for riding on their horses and firing guns into the air.

When Tom died, his expanding cracker business was taken over by his three sons, Tom, Walter and Henry. Walter introduced the hats into crackers and he also traveled around the world looking for new ideas for gifts to put in the crackers. The crowns might have been inspired from Epiphany cakes from Europe which are often decorated with a paper crown on the top. 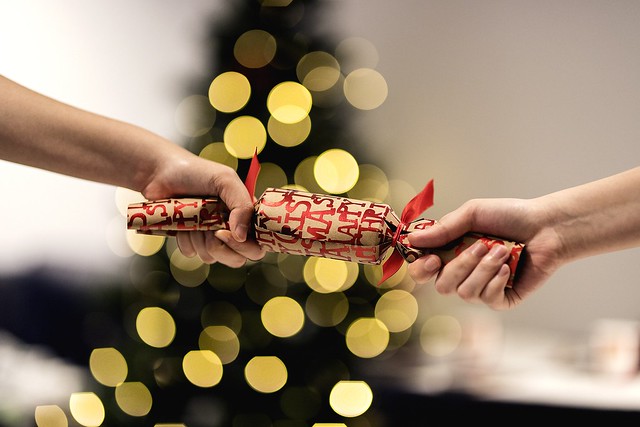 The company built up a big range of 'themed' crackers. There were ones for bachelors and spinsters (single men and women), where the gifts were things like false teeth and wedding rings! There were also crackers for Suffragettes (women who campaigned to get women the vote), war heroes and even Charlie Chaplain! Crackers were also made for special occasions like Coronations. The British Royal Family still has special crackers made for them today!

Very expensive crackers were made such as the 'Millionaire's Crackers' which contained a solid silver box with a piece of gold and silver jewerly inside it!

Cracker manufacturers also made large displays, such as horse drawn carriages and sleighs, for the big shops in London. 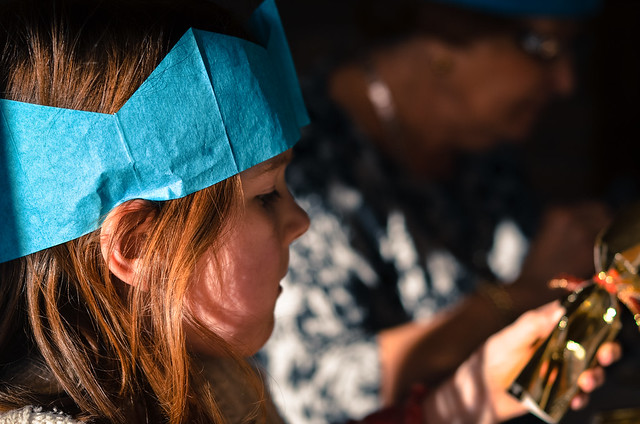 The Christmas Crackers that are used today are short cardboard tubes wrapped in colorful paper. There is normally a Cracker next to each plate on the Christmas dinner table. When the crackers are pulled - with a bang! - a colorful party hat, a toy or gift and a festive joke falls out! The party hats look like crowns and it is thought that they symbolise the crowns that might have been worn by the Wise Men.

Crackers are famous for their very bad jokes! Here are some bad Christmas themed Cracker jokes!

The world's longest Christmas cracker measured 63.1m (207ft) long and 4m (13ft) in diameter and was made by the parents of children at Ley Hill School and Pre-School, Chesham, Buckinghamshire, UK on 20 December 2001. Now that would be one big bang!

The biggest Christmas cracker pull was done by 1,478 people at an event organised by Honda Japan at Tochigi Proving Ground, Tochigi, Japan, on 18 October 2009. Now that would be a lot of bangs!