The History of Nutcrackers

Figures of Nutcrackers are quite a common Christmas decoration now. However, they only became popular around the world after World War II.

Nutcracker dolls have been made in made in parts of what's now Germany and Czechia/Czech Republic (around Bohemia and Saxony) since the late 1600s. They might have original been made as good luck symbols or caricatures.

One story says that a rich but grumpy farmer couldn't find a good way of cracking walnuts and offered a reward to anyone who did. A wood carver from the village of Seiffen (in Saxony) made a doll with an opening and closing mouth which was powerful enough to crack nuts. It was a great success and the farmer rewarded the village!

Today Nutcracker dolls are normally made like toy soldiers but they were also made decorated like miners, the police and kings.

By 1800 they were popular decorations in the areas of Saxony and Sonneberg. There are records of them being sold in Dresden market in 1786. Napoleon occupied this area in the early 1800s and it might have been Nutcrackers made to look like Napoleon and his soldiers which gave them the look we still have today.

Nutcracker dolls became popular around other parts of Germany and Europe from the early to mid 1800s.

In 1816, the book "The Nutcracker and the Mouse King" was published. It was written by the German author E.T.A. Hoffmann and tells the story of a little girl called Marie and her toys on Christmas Eve.

The original story was originally quite scary! In it Marie's toys come to life on Christmas Eve and a Nutcracker figure/doll helps lead the fight against an army of mice.

The story was adapted in 1844 by the French author Alexandre Dumas. In 1892, the Russian composer Tchaikovsky and his friend the Russian choreographer Marius Petipa used a much simpler version of the story and made it into a two act ballet called The Nutcracker. In the Ballet the girl's name was changed to Clara.

The first performance was in Saint Petersburg and it wasn't very popular, although people liked the music.

In 1934 a version was put on which made quite a few changes and was more popular! The first full performance of the ballet outside Russia also took place in 1934 in England. 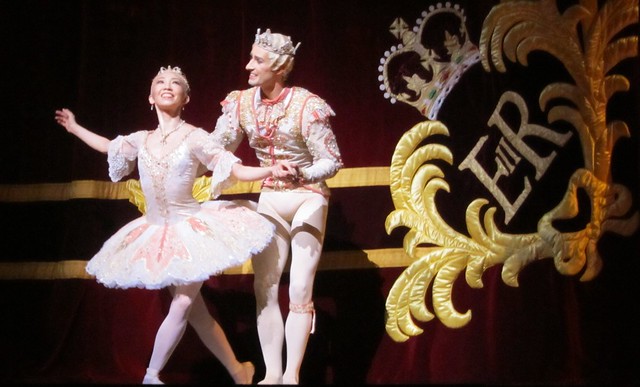 The New York Ballet put on its first performance in 1954. Since then it's been a popular Christmas event across the USA and around the world.

Nutcracker dolls also became popular in the USA after World War II, when American soldiers brought them back as presents from German Christmas markets.

The timing of the dolls coming to the USA and the ballet being popular came together to make Nutcracker figures popular at Christmas first in the USA and then around the world!