The Tradition of Advent

There are three meanings of 'coming' that Christians describe in Advent. The first, and most thought of, happened about 2000 years ago when Jesus came into the world as a baby to live as a man and die for us. The second can happen now as Jesus wants to come into our lives now. And the third will happen in the future when Jesus comes back to the world as King and Judge, not a baby. 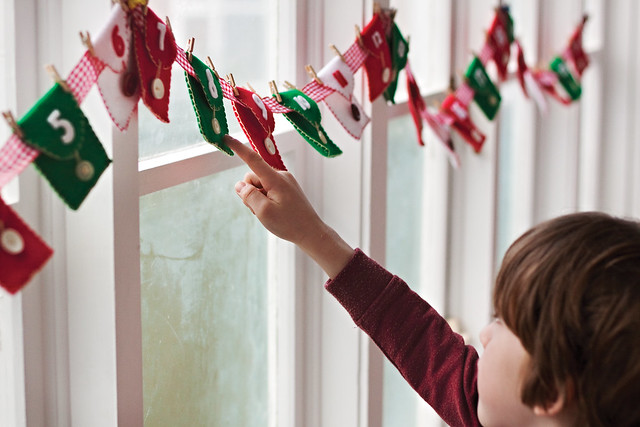 No one is really sure when Advent was first celebrated but it dates back to at least 567 when monks were ordered to fast during December leading up to Christmas.Some people fast (don't eat anything) during advent to help them concentrate on preparing to celebrate Jesus's coming. 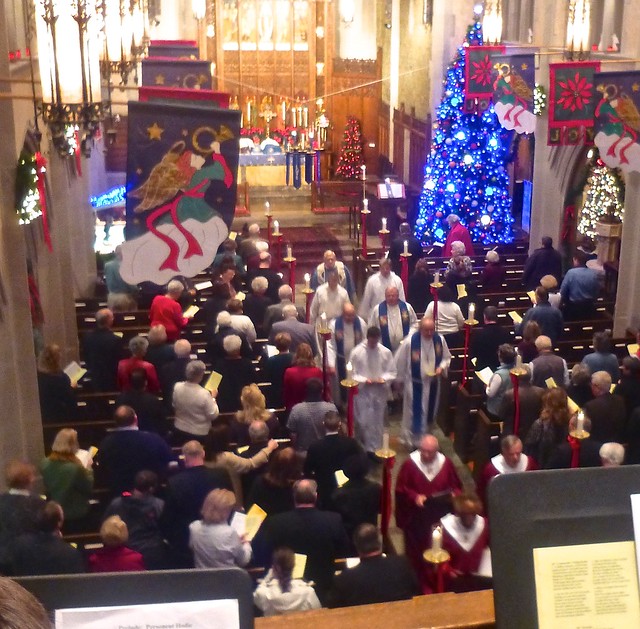 Orthodox Christians often don't eat meat and dairy during Advent, and depending on the day, also olive oil, wine and fish. You can see what days mean now eating what foods on this calendar from the Greek Orthodox Archdiocese of America (goes to another site).

In medieval and pre-medieval times, in parts of England, there was an early form of Nativity scenes called 'advent images' or a 'vessel cup'. They were a box, often with a glass lid that was covered with a white napkin, that contained two dolls representing Mary and the baby Jesus. The box was decorated with ribbons and flowers (and sometimes apples). They were carried around from door to door. It was thought to be very unlucky if you haven't seen a box before Christmas Eve! People paid the box carriers a halfpenny to see the box.

There are some Christmas Carols that are really Advent Carols! These include 'People Look East', 'Come, thou long expected Jesus', 'Lo! He comes, with clouds descending' and perhaps the most popular Advent song 'O Come, O Come Emmanuel!'.

There are several ways that Advent is counted down but the most common is by a calendar or candle(s).

There are many types of calendars used in different countries. The most common ones in the UK and USA are made of paper or card with 24 or 25 little windows on. A window is opened on every day in December and a Christmas picture is displayed underneath.

In the 19th Century, German protestant Christians counted down to Christmas by marking 24 chalk lines on a door and rubbing one off every day in December.

Paper calendars were first popular in Germany in the early 1900s, although people made their own ones from the 1850s. There's a debate about exactly where and when the first mass produced calendar was printed but it was in the first decade of the 1900s. The most famous and popular early maker of printed Advent calendars was a German printer called Gerhard Lang. His first calendars consisted of two sheets, a 'back' piece of card with the numbers 1 to 24 printed on it and a separate sheet of pictures which you could cut out and stick onto the numbers each day. The first calendars with 'doors' were made in Germany in the 1920s. During World War II, the production of Advent calendars stopped due to a shortage of cardboard.

When they were first made, scenes from the Christmas Story and other Christmas images were used, such as snowmen and robins, but now many calendars are made in the themes of toys, television programmes and sports clubs. The first record of an Advent calendar, in the UK, was in 1956.

The first calendar with chocolate in it was made in 1958; and in the UK Cadbury's made their first chocolate calendar in 1971. However, they didn't sell very many to start with. Chocolate calendars really only became popular in the 1980s.

Some European countries such as Germany use a wreath of fir with 24 bags or boxes hanging from it. In each box or bag there is a little present for each day.

There are also now all different types of Advent Calendars used to sell and promote different products including chocolate, perfumes, alcohol and beauty products. You can even get advent calendars for your pets with dog or cat treats in them! The world's largest advent calendar was made in 2007 at the St Pancras Train Station in London, England. It was 71m tall and 23m wide and celebrated the refurbishment of the station. The most expensive advent calendar ever was made in 2010 by a jewellers in Belgium. It was made of 24 glass tubes each containing some diamonds and silver! It was worth about $3.3 million (€2.5 million | £2.1 million)!!!

You can also now get online Advent or 'Christmas Countdown' calendars and there's one on this site. So during December, why don't you visit the Online Advent Calendar and find out about something Christmassy each day! 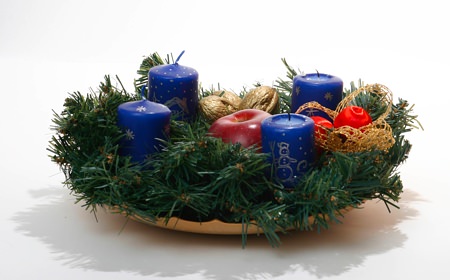 Lutheran Churches in Scandinavia used 24 little candles to count down through December from the 1700s.

An Advent Crown or Advent Wreath is another form of candles that are used to count down Advent. These are often used in Churches rather than in people's homes. The crown is often made up of a wreath of greenery and has four candles round the outside and one in the middle or in a separate place. Sometimes a more traditional candelabra is used to display the five candles. One candle is lit on the first Sunday of Advent, two are lit on the second Sunday and so on, with all all five bing lit on Christmas Day.

Advent Crowns or Advent Wreaths started as we know then to day in the Lutheran Church in the 1840s but it wasn't until the 1920 and 1930s that they became well known in other Churches. The first wreath, made in 1839, was made from a cartwheel and contained 20 small red candles and 4 larger white candles. The red candles were lit on weekdays and Saturdays, with the white candles being lit on the four Sundays of Advent. This design was simplifed to the Advent Wreath/Crowns which are used now. 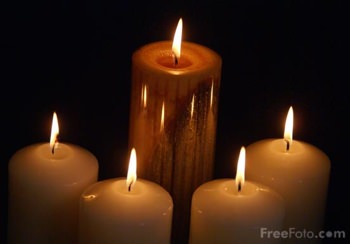 The circular shape of the crown/wreath represents the every lasting love of God and eternal life. Each candle has a different meaning in Christianity. Different churches have given them different meanings, but I was taught the following:

In many churches, the color purple is used to signify the season of Advent. On the third Sunday, representing Mary, the color is sometimes changes to pink or rose. The fifth 'Christmas' candle is also sometimes white.

Some Orthodox Church use an Advent Wreath with six candles - as their Advent last longer! Their candles have these colours and meanings: