Christmas Eve has many of its own customs and traditions. The most widely practised one that still exists today is going to a Midnight Mass Church Service. In many countries, especially Catholic ones such as Spain, Mexico, Poland and Italy, this is the most important Church service of the Christmas season.

People might fast during Christmas Eve (not eat any meat or fish usually) and then the main Christmas meal is often eaten after the Midnight Mass Service in these countries. In some other countries, such as Belgium, Finland, Lithuania and Denmark the meal is eaten in the evening and you might go to a Midnight Service afterwards!

The Midnight Mass Communion Service (or 'Christ-Mas') was a very special one as it was the only one that was allowed to start after sunset (and before sunrise the next day), so it was held at Midnight! 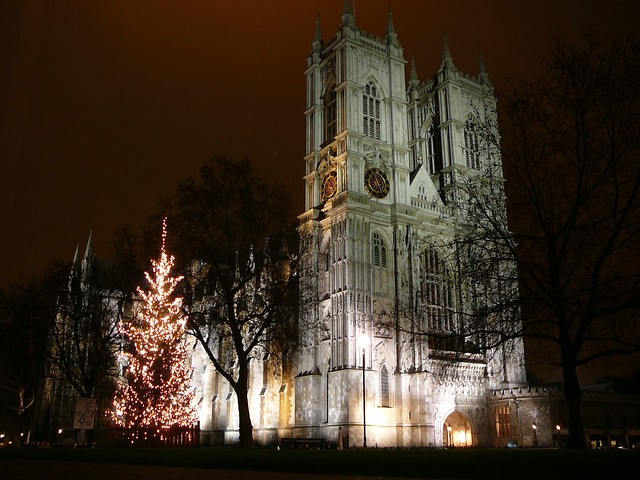 Christmas Eve is also the day when people in some countries, like Germany, Sweden and Portugal exchange their presents. I think Santa must have those countries on his extra early list! Christmas Eve is also Santa's busiest day of the year when he has to travel over 220 million miles (355 million km) to get to every house on earth!

In many European countries including Germany, Serbia and Slovakia, Christmas Eve is the day when the Christmas Tree is brought into the house and decorated.

It was also traditional to bring the Yule Log into the house and light it on Christmas Eve. It was lit using a piece of the previous years log and then would burn non-stop until Twelfth Night (night of the 5th January/Day of 6th January). Tradition also said that any greenery such as Holly, Ivy and Mistletoe should only be taken into the house on Christmas Eve.

It's also the time that the wonderful book 'A Christmas Carol' by Charles Dickens is set and that going out Carol singing was and still is very popular. In the past, if you weren't carol singing, in parts of the UK, you might go out wassailing or mumming.

There were lots of superstitions in the UK that said girls could find out the initials, or even have visions, of the person they would marry on Christmas Eve! This was often done by cooking a special cake called a 'dumb cake'. You were supposed to make the cake in silence and prick your initials into the top. When you went to bed, you left the cake by the fire hearth and your true love was supposed to coming in at midnight and prick his initials next to yours!

Other Christmas Eve superstitions included that farm and wild animals would kneel at midnight in honor of Jesus being born or that they could even talk!