One of the most important ways of celebrating Christmas in Italy is the Nativity crib scene. Using a Nativity scene to help tell the Christmas story was made very popular by St. Francis of Assisi in 1223 (Assisi is in mid-Italy). The previous year he had visited Bethlehem and saw where it was thought that Jesus was born. A lot of Italian families have a Nativity scene in their homes.

The city of Naples in Italy is world famous for its Nativity scenes. These are known as 'Presepe Napoletano' (meaning Neapolitan Nativity/cribs scenes). The first Nativity scene in Naples is thought to go back to 1025 and was in the Church of S. Maria del presepe (Saint Mary of the Nativity), this was even before St. Francis of Assisi had made Nativity scenes very popular!

Having Nativity scenes in your own home became popular in the 16th century and it's still popular today (before that only churches and monasteries had scenes). Nativity scenes are traditionally put out on the 8th December. But the figure of the baby Jesus isn't put into the crib/manger until the evening/night of December 24th! 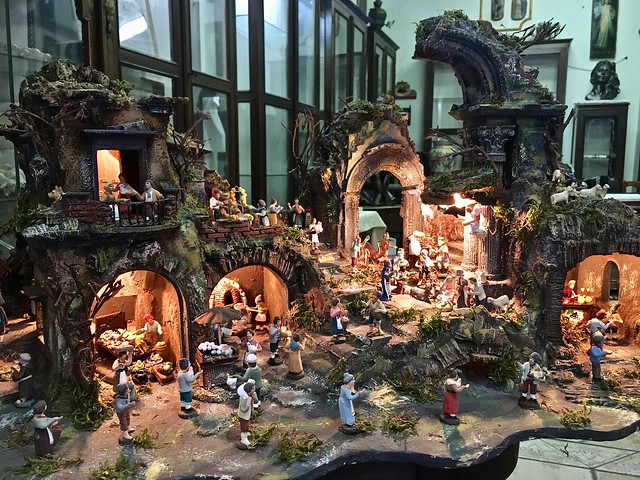 Sometimes the Nativity scene is displayed in the shape of pyramid which can be meters tall! It's made of several tiers of shelves and is decorated with colored paper, gold covered pinecones and small candles. A small star is often hung inside the top of the pyramid/triangle. The shelves above the manger scene might also contain fruit, candy and presents.

One special thing about Neapolitan Nativity scenes, is that they always have extra 'every day' people and objects (such as houses, waterfalls, food, animals and even figures of famous people and politicians!). Naples is also the home to the largest Nativity scene in the world, which has over 600 objects on it! 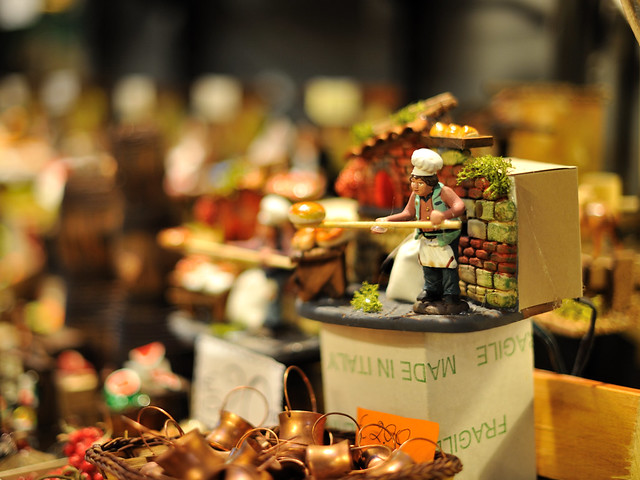 In Naples there is a still a street of nativity scene makers called the 'Via San Gregorio Armeno'. In the street you can buy wonderful hand made Nativity scene decorations and figures - and of course whole scenes!

Christmas Tress are also now popular in Italy, but only really since after World War II. In 1982, Pope John Paul II, who was Polish, started the tradition of having a Christmas Tree displayed next to the Nativity Crib on St Peter’s Square in the Vatican. The crib scene at the Vatican has seventeen life size statues, nine of them date back to 1842. The tree at the Vatican is donated from a different Italian region or country in Europe every year.

It's now traditional that Italians decorate their Christmas trees on 8th December (the feast of the Immaculate Conception). The tree then stays up until the Epiphany on 6th January.

One old Italian custom is that children go out Carol singing and playing songs on shepherds pipes, wearing shepherds sandals and hats.

On Christmas Eve, it's common that no meat (and also sometimes no dairy) is eaten. Often a light seafood meal is eaten and then people go to the Midnight Mass service. The types of fish and how they are served vary between different regions in Italy.

During the Evening of Christmas Eve, the 1983 comedy film 'Trading Places' is always shown on Italian TV!

When people return from Mass, if it's cold, you might have a slice of Italian Christmas Cake called 'Panettone' which is like a dry fruity sponge cake and a cup of hot chocolate! Here's a recipe for panettone. You can find out more about Christmas in Italy and Italian Christmas Recipes on this site (goes to another site). 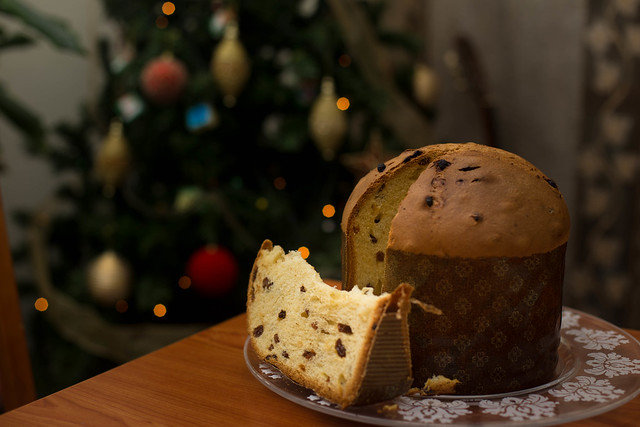 For many Italian-American families a big Christmas Eve meal of different fish dishes is now a very popular tradition! It's known as The Feast of the Seven Fishes ('Festa dei sette pesci' in Italian). The feast seems to have its root in southern Italy and was bought over to the USA by Italian immigrants in the 1800s. It now seems more popular in American than it is in Italy!

There are different theories as to why there are seven fish dishes eaten. Some think that seven represents the seven days of creation in the Bible, other say it represents the seven holy sacraments of the Catholic Church. But some families have more than seven dishes! You might have nine (to represent the Christian trinity times three), 13 (to represent Jesus and his 12 disciples) or 11 (for the 11 disciples without Jesus or Judas!)!

The Christmas celebrations start eight days before Christmas with special 'Novenas' or a series of prayers and church services.

Some families have a 'Ceppo' or Yule Log which is burnt through the Christmas season.

Epiphany is also important in Italy. On Epiphany night, children believe that an old lady called 'Befana' brings presents for them. The story about Befana bringing presents is very similar to the story of Babushka. Children put stockings up by the fireplace for Befana to fill. In parts of northern Italy, the Three Kings might bring you presents at Epiphany, rather than Befana. On Christmas day 'Babbo Natale' (Santa Claus, but it translates as Father Christmas) also brings presents!