Christmas in Costa Rica comes at the end of the school year and the start of the holidays - so people really look forward to getting to the beach!

People like to decorate their houses with beautiful tropical flowers. A model of the nativity scene, called the Pasito or Portal, is the center of the display. It's also decorated with flowers and sometimes fruit. Some of the scenes take a long time to make and all the family is involved. As well as the traditional figures, people add other models including houses and lots of different sorts of animals.

Apples are popular in the run up to Christmas with apple stands appearing at the sides of the road.

On Christmas Eve, everyone puts on their best clothes and goes to Midnight Mass. In Costa Rica it's called the 'Misa de Gallo' (Mass of the Rooster); it's also called that in Spain.

After Midnight Mass the main Christmas meal is eaten. It normal includes chicken and pork tamales that have been wrapped for cooking in plantain leaves. To drink there's lots of egg nog and rum punch!

During December and into January, there are lots of fiestas, parades, rodeos, street parties, bull runs and choral and dance festivals. On 26th December there is an important horseback parade called the Tope. The next on the next day (27th), many towns and cities have 'Carnaval' with a big parade featuring dancing and big floats. 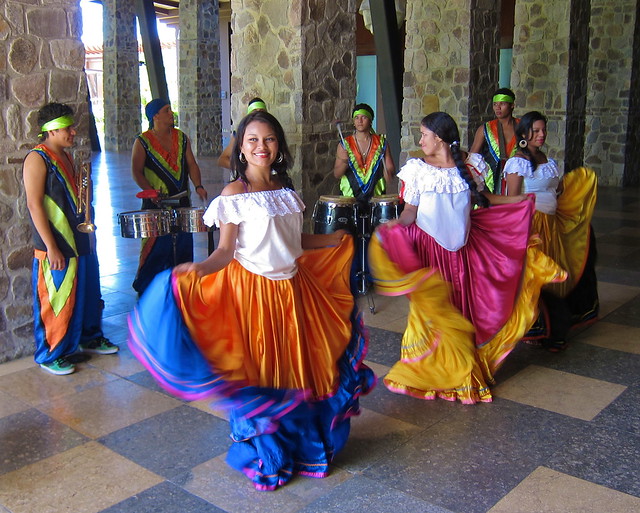