Christmas in the Democratic Republic of the Congo

Christmas in the Democratic Republic of the Congo is more of a religious festival rather than being commercial. Most people won't have any presents.

Christmas Eve is very important with Churches having big musical evenings (many churches have at least 5 or 6 choirs) and a nativity play. These plays last a very long time. They start at the beginning of the evening with the creation and the Garden of Eden and end with the story of King Herod killing the baby boys. 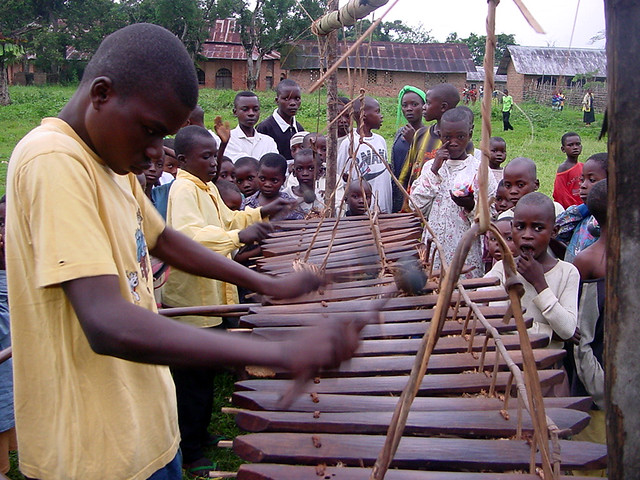 People taking part in the play really like to show off their 'best' acting skills and tend to go over the top and 'ham it up'! King Herod and the soldiers are often figures of fun (like pantomime 'baddies') and Mary is often well advanced in labor before she arrives!

The birth of Jesus is timed to happen as close to midnight as possible and after that come the shepherds, the wise men and the slaughter of the innocents. This means the play normally finishes about 1am. However, in some places there will be further singing until dawn! The Christmas day service then starts at 9am with lots more singing.

On Christmas day, most families try to have a better meal than usual. If they can afford it, they will have some meat (normally chicken or pork). The rest of the day is spent quite quietly, maybe sleeping after a busy and late night on Christmas Eve!

People go back to work on the 26th (Boxing Day).