Christmas in the United Arab Emirates

The United Arab Emirates is primarily an Islamic country, so Christmas isn't an official holiday. Only about 13% of the population are Christian. Most of those are from people who live and work in the UAE but aren't native Emiratis. (If an Emirati becomes a Christian life can be very hard for them.)

There are Christmas decorations like trees and Santas in places like hotels, shops and shopping malls. (Some of the decorations are left up for Christmas after the national day celebrations on the 2nd December.)

The biggest displays are in Dubai and Abu Dhabi, where there are larger exp

at communities and lots of large hotels. At the 5 Star Emirates Palace hotel in Abu Dhabi, they have the world's most expensive Christmas Tree - it has decorations on it which are worth millions of dollars. 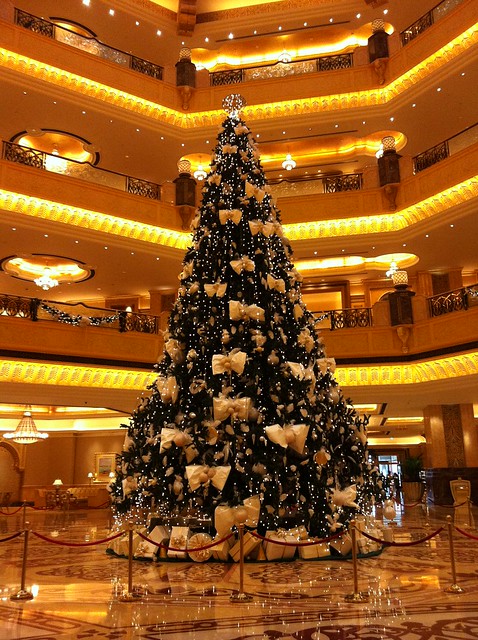 Christian churches will have Christmas services, but the people who go to the services are mainly expats.

More Emiratis are doing things like having a Christmas Tree in their homes, giving gifts and having meals together for Christmas.