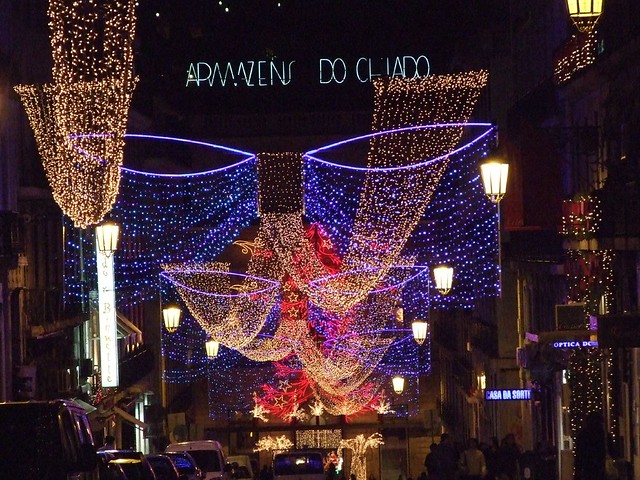 Like in Spain, the traditional Christmas meal in Portugal, called 'Consoada', is eaten during the evening of Christmas Eve and consists of salted cod served with green vegetables, boiled potatoes and boiled eggs. This is normally followed by shellfish, wild meats or other expensive foods. Other popular Christmas foods include roast Turkey as well as cakes, fried cookies, nuts and other goodies!

Also, each region traditionally has its own selection of desserts. In the northern province of Minho, rich people would have rich desserts made with lots of eggs such as 'Lampreia de ovos' (sugary egg yolks made into the shape of a fish!). Normal people would be more likely to have something like rice pudding. French Toast (called 'Rabanadas') is popular throughout the country as are fried dough desserts sprinkled with sugar and cinnamon like 'filhós'. Filhós are also made differently in different regions. Alentejo province makes them with crated carrot and shapes them balls. Beira Province makes them flat and round with just the flour and water and sometimes some orange or lemon zest to flavor the dough. 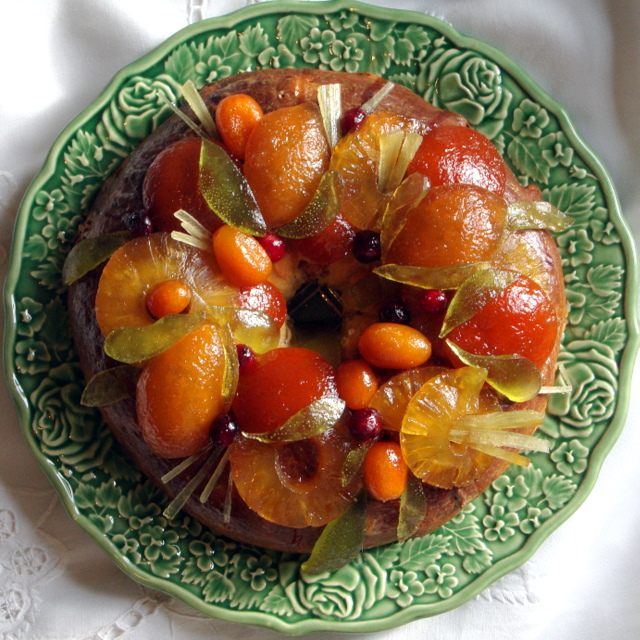 The traditional Christmas cake is 'Bolo Rei' (which means 'King Cake') and is placed in the center of the table. There is also a version without candied fruit called the 'Bolo Rainha'. Traditionally a broad bean and a gift (a little token) are hidden in the cake. If you get the token you are allowed to keep it. But if you find the broad bean, you have to pay for next year's Bolo Rei!

People drink porto wine, traditional liquors and eat 'azevias' and 'felhozes' (Portuguese biscuits and sweets). The party lasts until the early hours of the morning!

After the meal, people go to church for the 'Missa do Galo' or 'Mass of the Rooster' service. During the service an image of baby Jesus is brought out, and everyone queues up to kiss it. It is then put in the nativity scene (the presépio) that every church will have. After the service people return home and open their presents.

Before leaving for the service, parents secretly put the baby Jesus in the nativity scene in their houses and put the gifts under the Christmas Tree, so that Jesus will 'miraculously' be in his manger by the time the family returns home! Children run to check the nativity scene as soon as they enter the house as no baby Jesus means no presents!

Some families have two present opening times with children being allowed to open a few gifts after midnight mass and most of them in the morning. People that don't go to a midnight service will put the gifts under the tree and the family will open the gifts when they wake up.

On Christmas Day the living room table remains untouched and people still enjoy their goodies together! Families come together and have Christmas Day lunch together.

Christmas Trees are common now, but not everyone had a tree until around the 1970s. However, the Nativity Scene (or Presépio) is the traditional Christmas decoration in Portugal, and most families will have a small one with just the holy family and the animals; but often the scenes have dozens of characters including the holy family, animals, the wise men, shepherds, farmers, folk characters, etc. Children like to make the nativity scene, fetching moss to make the grass and arranging the figures.

Some shops and clubs still make huge nativity scenes with over one hundred figures, waterfalls, windmills that rotate, and lights! People like to go and see the big scenes.

In the region of Penamacor, a special Christmas tradition called the 'Christmas Madeiro' takes place on Christmas Eve. Traditionally, young men who were about to go into the military (for compulsory military service) were meant to steal whole trees to make the tallest fire in the church yard. However, compulsory military service was stopped in 2004 in Portugal, but the tradition of lighting the Madeiro stump/fire still takes place in some areas. The fire is lit just before the Midnight mass or during it "to warm baby Jesus's feet"! It also gives people a warm place to meet friends, chat and sing songs when they come out of midnight mass. The Madeiro is sometimes so big that it will keep on burning for Christmas day as well!

The wood for the Madeiro was traditionally stollen - it should not be bought! If the boys were caught by the owners of the trees, then they have to pay for it. However, nowadays the wood is normally paid for after Christmas or it is discretely donated by the boy's parents; or relatives who tell them where some trees that are sick, or which ones need felling, so they can get them from there!

After Christmas (and never before!) and going into the first weeks of January, groups of people will go from house to house with an image of the baby Jesus in his manger singing the 'Janeiras' songs (January songs). They are often accompanied with small instruments. They usually start with an opening song asking the owner of the house for food and drink! The owner of the house should invite them in to warm up and to help themselves of a spread of snacks sweet like dry figs with walnuts inside them or savory like cheese and chorizo and some wine or brandy.

If you do not open your door, or your food and drink doesn't meet what is expected (especially if you're rich), the singers will sing songs mocking you (like saying you've got a big nose)! Normally after enjoying the food, the January singers will sing a song of thanks praising the generosity of the hosts, saying how nice you are and saying any single girls are very beautiful!

Epiphany is also celebrated in Portugal, on the 6th January. On the Island of Madeira, the Janeiras are very popular and are also known as the "Cantar os Reis" (or 'singing the Kings'). As well as the Janeiras in the streets, there's also a popular concert which is held each year on the evening of the 5th January in the to be held in the Auditorium of the Municipal Gardens, in Funchal.