Christmas is a very important holiday in Honduras as a lot of the population are catholics. The Christmas period starts with Advent, when some people will fast leading up to Christmas.

During Advent there are also Christmas plays called Pastorelas (The Shepherds) which tell the story of the Shepherds going to visit Jesus as a baby.

Posadas are popular in Honduras, as in many other latin American countries - especially Mexico. From December 16th to Christmas Eve, in La Posadas, children will lead processions around their neighborhoods. They remember the part of the Christmas story where Mary and Joseph travelled to Bethlehem and looked for somewhere to stay.

Christmas Eve is called 'Noche Buena' (the good night) and is when the main Christmas celebrations and meal take place. The main meal will often consist of roast pork, turkey or chicken; and there will be 'Nacatamales' - these are like tamales but are moister. They can contain chicken or pork, rice, potatoes, olives, vegetables and raisins. Often apples and red grapes are on the Christmas table and can also be given as small gifts. For dessert you might have 'Rosquillas en Miel' which are donuts soaked in honey. A popular drink is Rompopo, which is like eggnog. 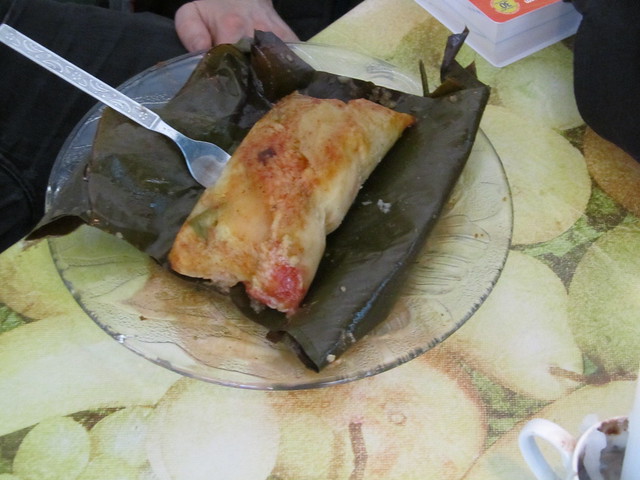 On Noche Buena, people often wear some new clothes and/or shoes - which are known as 'estreno'.

Either before or after the meal, many people will go to a church service on Christmas Eve. At midnight there are lots of fireworks, sometimes lasting all night long!

Christmas Tress are becoming more popular; but having a nativity scene 'nacimiento' is also very important and most houses will have one.

Some people will exchange presents on December 24th/25th but many children also hope that The Three Kings will bring them presents at Epiphany and Epiphany Eve (5th/6th of January). On Epiphany, also called Three Kings Day, there are street parades of people dressed as the Kings.

A New Year's custom is making a life sized 'Maniquí' (mannequin) and filling it full of news paper and firecrackers. At midnight it's set of fire! It's meant to represent all the bad things which happened in the previous years now being over. Often they are made to look like people don't like - they are often politicians!

For many people in Honduras the new year officially starts with the striking of the bells on the clock at Comayagua Cathedral. The clock dates back to the 12th century and is the oldest clock in the Americas. The ringing of the clock is broadcast on TV and radio.