One of the biggest Christmas markets in Europe is held in Strasbourg, in North Eastern France. In the Alsatian language it's called the "Christkindelsmarik". 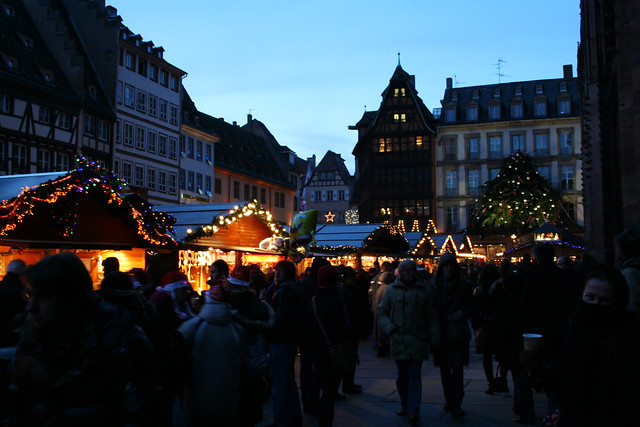 Yule Logs made out of Cherry Wood are often burned in French homes. An old tradition is that the log was carried into the home on Christmas Eve and sprinkled with red wine to make the log smell nice when it was burning. There is a custom that the log and candles are left burning all night with some food and drinks left out in case Mary and the baby Jesus come past during the night.

In France, Father Christmas / Santa Claus / St. Nicholas is called Père Noël (Father Christmas). In eastern France he is accompanied by Le Pere Fouettard, a man dressed in black. He might be the same person as Zwarte Piet/Sooty Piet/Roetpiet in The Netherlands. 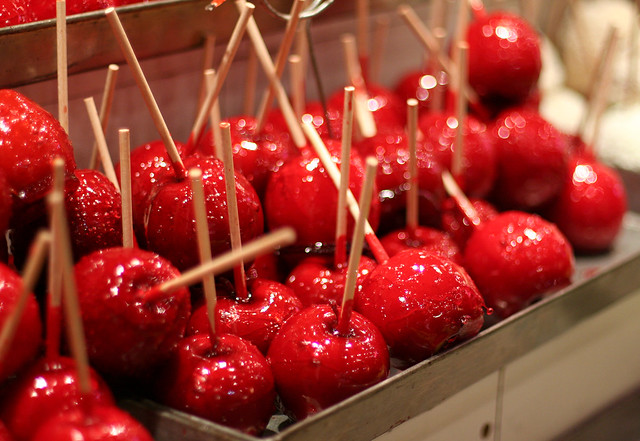 Another celebration, in some parts of France, is that 13 different desserts are eaten! All the desserts are made from different types of Fruit, Nuts and Pastries.

Epiphany (Épiphanie in French), called La Fêtes des Rois in French, is also celebrated in France on January 6th. A flat cake/tart made with and puff pastry and almond cream is eaten called 'Galette des Rois'. The cake traditionally has a 'fève' baked inside it (or put in the cream on the top). The fève was originally a bean (often made from porcelain, ceramic or metal). Now it can be a little crown, a figure or other shapes/small ornaments. The Galette des Rois is decorated on top with a gold paper crown. If you find the fève you wear the paper crown and are meant to bring the Galette des Rois the following year!