Christmas in the Philippines

People in the Philippines like to celebrate Christmas for as long as possible! The playing of Christmas carols in shops can start in September! The formal Christmas celebrations start on 16th December when many people go to the first of nine pre-dawn or early morning masses. The last mass is on Christmas day. The Christmas celebrations continue to the First Sunday in January when Epiphany or the Feast of the Three Kings is celebrated.

In the Philippines the early masses held before Christmas are called the 'Misa de Gallo' or 'Simbang Gabi' in Filipino. 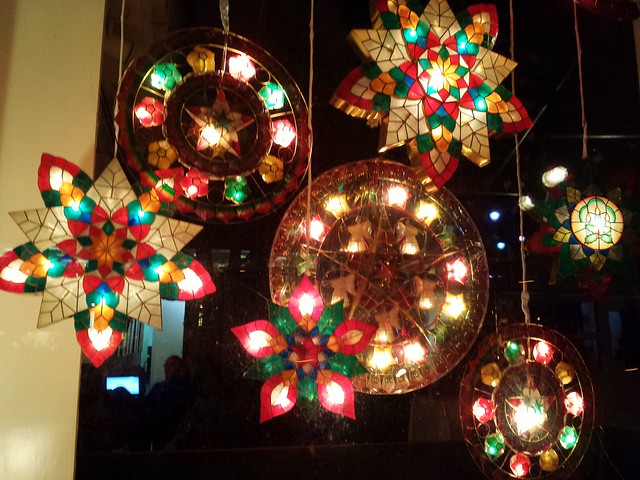 They also have their own Christmas traditions such as the 'parol' which is a bamboo pole or frame with a lighted star lantern on it. It's traditionally made from bamboo strips and colored Japanese paper or cellophane paper and represents the star that guided the Wise Men. It is the most popular Christmas decoration in the Philippines. 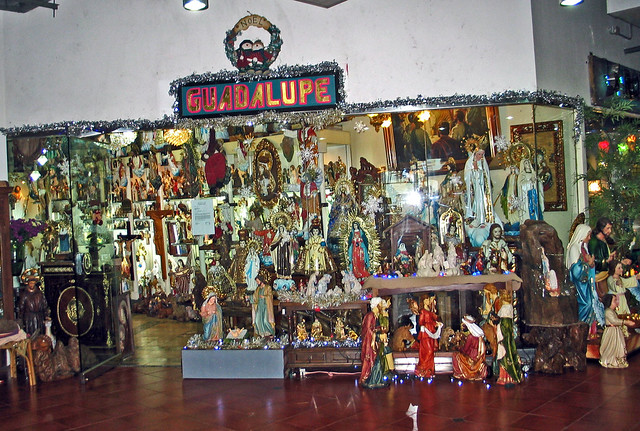 Christmas Eve is very important in the Philippines. Many people stay awake all night into Christmas day! During Christmas Eve evening, Christians go to church to hear the last 'simbang gabi' or the Christmas Eve mass. This is followed by a midnight feast, called Noche Buena.

The Noche Buena is a big, open house, celebration with family, friends and neighbors dropping in to wish everyone a Merry Christmas! Most households would have several dishes laid out and would normally include: lechon (roasted pig), ham, fruit salad, rice cakes (bibingka and puto bumbong are traditional Christmas foods) and other sweets, steamed rice, and many different types of drinks.

One very special person who helps people in the Philippines celebrate Christmas is Santa R-Kayma Klaws. He is a Filipino citizen, in his 70s and is of Irish descent. He has been spreading Christmas cheer among poor Filipino children by dressing up as Santa Claus during charity missions and corporate events in poor areas of the Philippines for over 50 years. He has a 'giant motor sleigh' (an air-conditioned bus!) that is used in many missions all over the Philippines. Santa R-Kayma Klaws owns the Philippines' only reindeer farm at Mt. Isarog in Barangay Sta. Cruz, Ocampo, Camarines Sur. The farm is open to the public for free. You can find out more about him and his work on his website: http://pacificsantas.com (goes to another site).