Because Peru is in the southern hemisphere, Christmas takes place during the summer. Christmas was probably first celebrated in Peru around 1535.

In the run up to Christmas, there are special events called 'chocolatadas' where people meet to see each other and drink hot chocolate and eat some 'panetón' (panettone - the Italian Christmas Cake). Chocolatadas started as a way of sharing some food and gifts with people who were less fortunate at Christmas. Some churches and community groups still have chocolatadas for this reason but they are also popular as a way of seeing family and friends.

Nativity scenes, called 'nacimientos' or 'pesebre', are an important decoration in most houses. They can be very large and elaborate. Sometimes they will have native Peruvian animals in them like llamas and alpacas! Traditionally the figure of the baby Jesus isn't put into the scene until Christmas day. 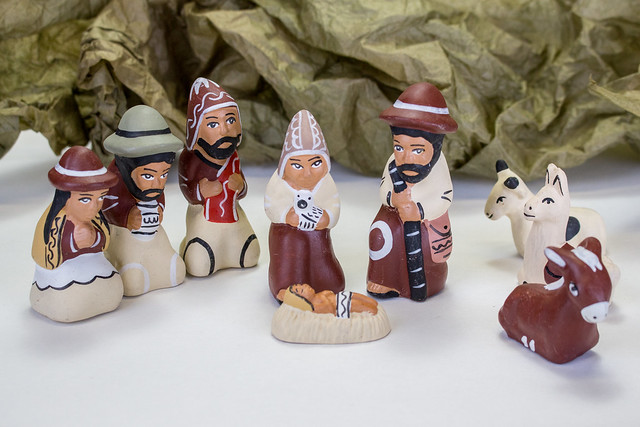 Smaller scenes made in a box, with two doors on the front, are known as 'retablos'. They have different types of historic or religious scene in them but Christmas retablos are very popular.

Some people will have artificial Christmas Trees but this is a relatively new decoration.

In Peru, the main Christmas celebrations are held on Christmas Eve which is called 'Noche Buena', which means 'the good night'. Many people will go to a special church service called the Misa de Gallo (Rooster Mass) which normally start at 10pm on Christmas Eve.

After the mass the main meal is normally eaten. This is called the 'cena de Navidad'. The main food at the meal might be roast turkey, chicken or pork with salads and other dishes like tamales. Some regions of Peru have their own Christmas favorite foods, like fish if you live near the sea. The traditional dessert is panetón.

Presents are often opened around the same time as dinner is eaten! There's a countdown to midnight, people say 'Feliz Navidad' (Merry Christmas) and then, the presents are exchanged.

After midnight there's lots of toasting the start of Christmas day with champagne and/or hot chocolate and then people like to go into the streets to wish their neighbors, friends and family a Merry Christmas and there are often lots of fireworks to celebrate Christmas.

After celebrating into the early hours, people will get some sleep and then the 25th December is a day to spend with family, eating leftovers or having a day out. In some regions there are parades on Christmas Day. 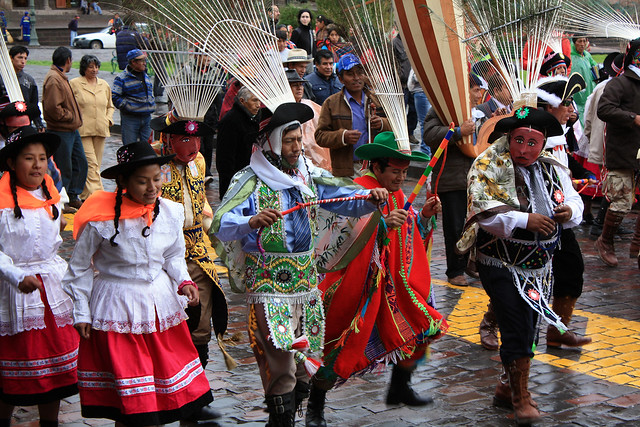 In some Andean regions of Peru, presents are exchanged at Epiphany (6th of January) rather than at Christmas. Also during Epiphany, often small gifts like candy, especially lollies, are exchanged and the Rosca de Reyes (King's Cake) is eaten. Epiphany is also when the nacimientos is taken down.